For the last couple of months I’ve been working with Jenn Ocken(always a good time!), and Chris Lewis of Lumehouse to produce a series of videos for the Baton Rouge, Louisiana chapter of March of Dimes, a non-profit organization dedicated to improving the health of mothers and babies.

Every year they put on a “Signature Chef’s Auction” with the help of local Culinarians to raise money for that mission. This year, Chris and I took on the challenge of creating video profiles of the Chefs who were donating their time and talents. The videos are a web based series designed to serve as an introduction for the chefs, and whet the appetite of potential buyers at the auction.

Its been fun!  I mean, it combines two of my favorite things: filming and eating! 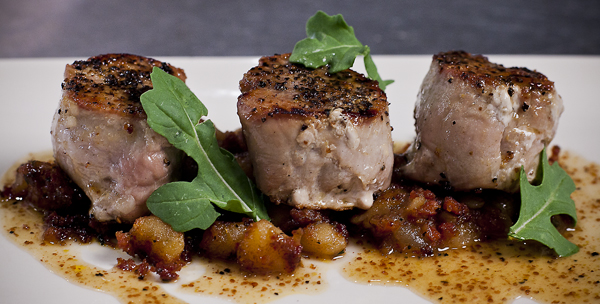 A Steak from Sullivan’s… Chris and I made this disappear after the shoot.

The C300 has proven to be a great camera for the project. It been light and easy to manage in the hectic working kitchens. I filmed most of the B-Roll on a monopod with some slider and handheld work sprinkled in.

In post, matching the color with our interview B-Cam(a 5D) was no problem at all. I shot the entire series in Canon Standard on both cameras with sharpness turned down, and added a bit back in the grade in post.

For the shoot, I setup for short lighting with backlight and let the venue dictate fill for the most part. I usually aim for Rembrandt lighting for interviews because I find that it’s a compelling starting point, but played it a bit loose for this shoot. We used a 600w Lamp and 72″ parabolic umbrella as key for most of the interviews, with the exception of a few where the available space was limited or when we had the option of using a large window.  Back light was most often supplied by a 16″x24″ softbox set up directly opposite the key. 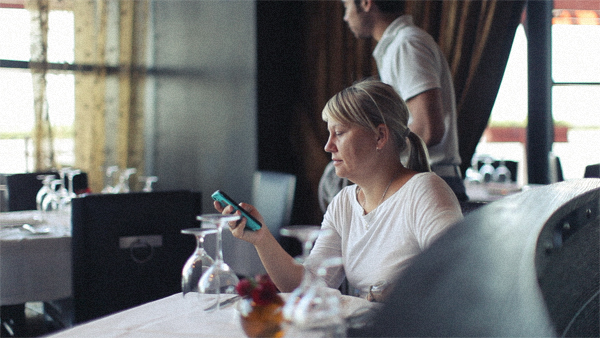 Its easy to “phone- in” “talking-head” pieces.  But, they can be as complex and subtle as you make them. Many times they’re 1.) opportunity to try something new in a relatively low pressure situation, and 2.) An opportunity to sharpen existing skills(I.E. get quicker or better coordinated). For most of these these shoots, I decided to try to create some visual interest by adding movement to our B-Cam. I wanted the room, our subjects working environment(a kitchen, a dining room) to rotate around them since this was their world and I feel like that little addition made a big difference. Lumehouse’s 48″ slider from Rhino was virtually perfect for the job. It also forced me to practice a new physical motion. Try pushing a C300 steadily along a flexible carbon fiber rail with little or no bounce. Its a task! End result: This little series of shoots has made me a slider machine!

(A note for future reference though: Love the Rhino slider, but I’d go the steel rod route in place of the carbon fiber at 48″- especially for the heavier C300. At that length, with the CF rods, the slider seems like it would be only good for extremely light camera. Think Canon Rebel.)

There are just a few videos left in the series, all of which should be out by the end of this month. Just in time for the auction in the beginning of October.